If she lied about this, she’s likely lying about the “racist palace” stuff too…

Well, looks like we’ve now got the proof that Meghan Markle lied to Oprah Winfrey during that controversial interview where she and Harry basically accused the Royals of being a bunch of “White Nationalists.”

A now-deleted 2014 blog written by the D-list actress shows that Meghan was not truthful with Oprah when she told her that she never thought about what it might be like to marry a prince. In truth, she obsessed about it.

Meghan also said that she knew “very little” about the Royal family and her now-husband Duke of Sussex Prince Harry. She also said that she never even “Google” him before the pair went out. Yeah right. Again, she was quite enamored with William and Kate.

Markle did acknowledge to Winfrey during the interview that she knew “of” the Royal family. Yep, she sure did. A few more blog posts and she’d have qualified as “stalker” material.

Meghan needs to learn that even if you delete something from the internet, it never really goes away…The internet is forever.

A years-old blog from Duchess of Sussex Meghan Markle seems to run in contradiction to some of the claims the former actress made to host Oprah Winfrey last week, the New York Post reported over the weekend.

Markle notably claimed that she never thought about what it might be like to marry a prince. She said she knew very little about the Royal family and her now-husband Duke of Sussex Prince Harry, and she didn’t even “Google” him before the pair went out. Markle did acknowledge to Winfrey during the sit-down interview that she knew of the Royal family.

Markel, however, reportedly penned a blog in 2014 musing about becoming a princess, specifically mentioning the wedding of her now-husband’s brother and wife, Duke and Duchess of Cambridge William and Kate. The blog has since been wiped. Page Six reported:

“Little girls dream of being princesses. I, for one, was all about She-Ra, Princess of Power,’’ wrote the now-Duchess of Sussex in 2014, while commenting on the “pomp” surrounding Britain’s Prince William and Kate Middleton’s wedding three years earlier, according to the Sun on Sunday.

“For those of you unfamiliar with the ‘80s cartoon reference, She-Ra is the twin sister of He-Man and a sword-wielding royal rebel known for her strength,” Markle said in her since-nixed blog.

“Grown women seem to retain this childhood fantasy. Just look at the pomp and circumstance surrounding the royal wedding and endless conversation about Princess Kate,” Markle mused.
The blog post, dubbed “The Tig” reportedly “accompanied an interview with Princess Alia Al-Senussi, a descendant of Libyan royalty, and Meghan claimed she had a ‘pinch-myself-I’m-emailing-with-a-princess’ moment during their correspondence,” The Sun reported.

Well, well, well, looks like Miss Meghan has wanted to be a “princess” for a very long time.

And, she also appears to be very, very cunning and manipulative.

This woman reminds me more and more of “Jodi Arias” every day.

Harry might wanna sleep with one (or two) eyes open. 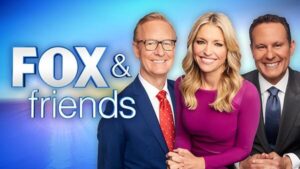 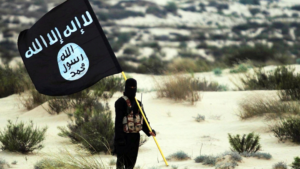