Rick Wilson, the so-called “Republican” strategist who produced filthy dirty gossip for The Lincoln Project over the last four years, helping to propagandize the left’s messaging against Republicans to discredit President Donald J. Trump, is now the focus of some equal pushback.  Using leftist organizing tactics to destroy Conservatives, Wilson should be hauled out into the light, just like his Confederate Cooler was.

The reason it is important to understand Rick Wilson’s many divisive  leftist projects to destroy liberty follows:

The day after Donald Trump, the candidate accepted the GOP’s nomination to run for President of the United States. A group of pouty consultant losers made public, at a Politico event, their plans to remake the party away from Trump’s influence and take him down in the process.

THE ESTABLISHMENT’S WARFARE AGAINST AMERICA FIRST

The group of Republican cry babies, who backed everyone but Trump, joined forces with the furthered left hippies and throwbacks from the Democrat Party and helped devise the Russian Hoax.

An insane “Pee Pee” dossier was invented to harm Trump and blasted out over several leftist-style grassroots marketing platforms, like Wison’s Daily Beast, and fed to Millions of people as “news”.

So isn’t it funny that Wilson, a lead pouter from the Lincoln Project, along with his friend, a buddy of Mit Romney, would now be exposed as someone who frequented Russian hookers?

As it turns out, Wilson is the one familiar with Russian hookers – he’s admitted so himself.

“In recently unearthed tweets Wilson directed at his longtime pal Pete Snyder – the former RNC chair of Mitt Romney’s campaign in Virginia who is currently running for governor of that state – Wilson mentions an apartment he shared with Snyder and “Russian hookers,” Gateway Pundit reported.

Wilson has been a joke on the internet over stupid things like lying about Confederate Cooler, which his wife had posted all over the internet, leaving him to scurry and shut down accounts to try to cover up.

WITH REAL TIES TO RUSSIA

His associates in the Lincoln Project have real Russian agent ties:

WITH TIES TO CLASSLESS AND SLOPPY BRANDING

And the group has a history of racism, sexism, and being crass.

And know he is supporting his “Russian hooker” pal for Governor of Virginia:

As Gateway Pundit spelled out:

“Like his friend and former roommate Rick Wilson, Snyder has viciously criticized Donald Trump, once calling him a “racist jerk.” Snyder has also praised Joe Biden, said he disagrees with Trump and said he thinks Romney would have made a great president.”

If Conservatives and Republicans learned their lesson, they would “Never Wilsons”, or any of his buddies who make stuff up about Russian Hookers, that they themselves mostly like did.

Think about it.. where did that insane story from?

From Wilson and Snyder’s apartment- perhaps? Was Romney there too? 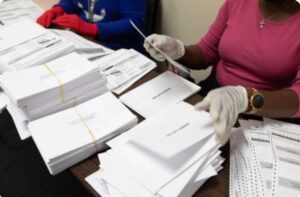 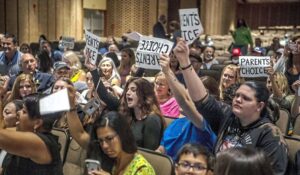