Think that traitors and spies that engage in espionage activities on the behalf of the CCP should, at the very least, be locked up so that they can no longer steal US technology or secrets to send back to their overlords in Red China?

Well, Brandon and his DOJ disagree. While they’re fine with locking up January 6th protesters indefinitely and sending in the police to arrest people for not wearing a mask, punishing Chinese spies is just a bridge too far for the modern FBI.

You see, there’s a Massachusetts Institute of Technology professor that was seeking federal grants, but hid his connection to Red China during the process. As Just the News reports:

Professor Gang Chen had been accused of omitting, when applying for an Energy Department grant, that he held a position as an “overseas expert” for the Chinese government, in addition to sitting on the advisory board of Shenzhen’s Southern University of Technology.

Of course, he denied it. His lawyer, in the over the top style typical of a CCP agent caught doing something wrong, said that Chen “disclosed everything he was supposed to disclose and he never lied to the government or anyone else.” Sure, and those islands in the South China Sea are for “totally peaceful purposes and to suggest otherwise is a grave insult to the honor of the Chinese people,” or some other such hyperbolic nonsense.

In any case, Team Brandon seemed to believe the Chinese agent and dropped charges against Chen, with the newly-appointed US attorney that was supposed to be prosecuting Chen for his crimes saying that letting the matter go was “in the interests of justice.”

Yeah, right. Chen was charged back in January of 2021, discovered and prosecuted by the Trump Era “China Initiative.” Either Chen turned in the forms he was supposed to and disclosed his ties to Red China yet it took the government an entire year to find some form lost in the mail, or he broke the law and now Team Biden is letting him off the hook.

Which seems more likely? I know, it’s hard to decide when the choice is between government incompetence and Brandon being on the side of the CCP. But still, it’s obvious what happened here: a Chinse spy is being let off the hook for some reason.

And, for reference, the sending in a form comment was a joke. Chen wasn’t just charged with failing to disclose his relationship with Red China. According to Insider Paper, he was “charged with wire fraud, failure to report a foreign bank account and making a false statement.”

American security and safety is apparently less important than not seeming racist to people always crying wolf about racism. As the Independent Sentinal reported, “The [China Initiative] has come under fire for targeting academics of Chinese heritage and a number of other cases have also been dismissed.”

To not seem racist, the government is throwing out a case against a CCP spy. Either that or it’s so incompetent that it took a full year to find out that the charges were completely false. Again, which seems more likely? 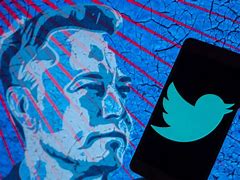