Looting and rioting erupted in Minnesota’s Brooklyn Center area after an officer shot a man during a traffic stop in Brooklyn Center, Minnesota, who then crashed his vehicle and died.

The man, identified as 20-year-old Daunte Wright, died after he was pulled over for an alleged traffic violation shortly before 2 p.m. on Sunday.

Several businesses in the area have been “completely destroyed,” while rioters clashed with police, according to videos shared on social media.

The National Guard has been activated and around 20 businesses have reportedly broken into in the Brooklyn Park area, John Harrington, Commissioner of the Minnesota Department of Public Safety, said at a press briefing.

A writer and editor for the Daily Wire, Harry Khachatrian, shared a video of a Nike store being looted. “Apparently police officers shot someone in Minneapolis, we don’t know all the details yet, but people are already looting Nikes. Looks about right,” Khachatrian tweeted. The video, which was first posted by user @zerosum24, has over 235,000 views since it was first shared.

A reporter for The Blaze, Elijah Schaffer, tweeted: “BREAKING: looting has begun in Minneapolis at a @littlecaesars. Looting also taking place at a foot locker and several other businesses. Because #blacklivesmatter,” shared footage of the scene. The video, which was also first posted by @zerosum24, has had over 139,000 views since it was first posted.

A video journalist for the Star Tribune, Mark Vancleave, shared a video of the area near Footlocker and Walmart, tweeting: “Total chaos at Brooklyn Center Walmart and shopping mall.” The video has had more than 73,000 views since it was first posted.

The Star Tribune‘s Sawyer shared several videos of clashes between the police and protesters. In a post of one video, she tweeted ” ‘Are we at war?!’ A protester yells as flash bang grenades explode around us. ‘Feels like we at war.’

“Police have pushed large swath of crowd back across the street, into residential area with tear gas, flash bangs and rubber bullets. This came moments after a few people threw things at police line and organizers yelled at them to stop,” Sawyer tweeted, sharing another video.

EDITORS NOTE: What does looting and theft have to do with Justice for a Black person being shot? None. It is an excuse to Loot and rob, and that is all it is. 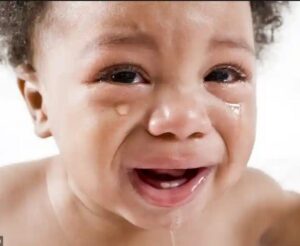